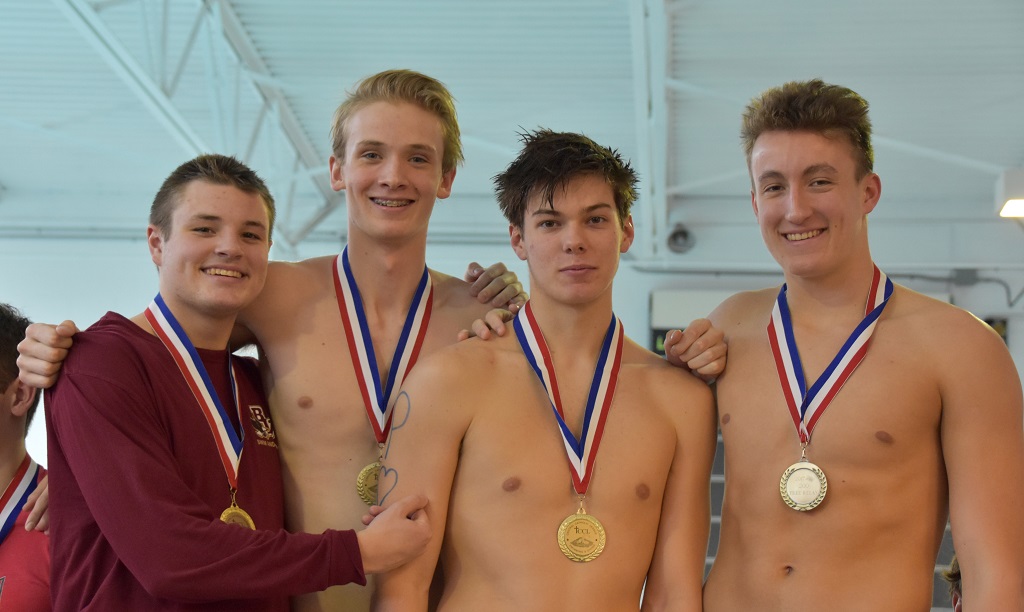 The Bishop Watterson boys and girls swim teams each took second place at the 2018 Columbus Catholic League championships on January 27, bolstered by eight first-place finishes by the girls and four from the boys, two of which were school records.

Second-place finishes included Moore in the 200 individual medley and St. John in the 100 freestyle.

Thomas Clark also broke a 26-year-old school record in the 200 freestyle with his first-place time of 1:45.41.

Other first place finishes included Clark in the 100 breaststroke and Finnegan in the 50 freestyle.

Up next for the BWHS swim team is Senior Night, Friday, February 2 at the Worthington Pool at 6:00 p.m.  Please come out to support your Watterson Eagles!