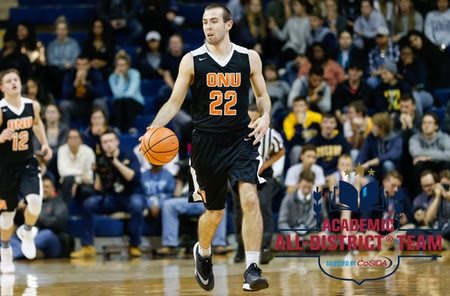 Joey DiOrio ’14, a Mechanical Engineering major at Ohio Northern University, was named First Team Academic All-District 7 by the College Sports Information Directors of America. He was also named Honorable Mention All Conference by the Ohio Athletic Conference. Joey was a member of the BWHS basketball team that won the 2013 State Championship and was runner-up in 2014.